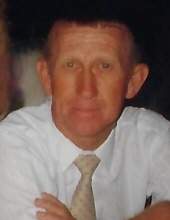 Mr. Shelby Ping Gumm of Summersville, Kentucky, son of the late Lotten Gumm, Jr. and Exie Hall Gumm, was born on Thursday, November 16, 1939 in Green County and departed this life on Friday, February 22, 2019 at the Hardin Memorial Hospital in Elizabethtown. He was 79 years, 3 months, and 6 days of age.
He had made a profession of faith in Christ and was a member of the Summersville Baptist Church. Mr. Gumm was also a self-employed Contractor and Farmer.
Survived by his wife of 43 years, Darlene Vetter Gumm of Summersville having united in marriage on December 6, 1975.
Other survivors include two daughters and sons-in-law: Sherri and Tim Larimore of Bowling Green, and Jackie and J.W. Bennett of Greensburg; a granddaughter: Kate Larimore Breeding and her husband, Charles of Columbia; a great-granddaughter: Kemma Breeding of Columbia; a sister and her companion: Jo Norman and John Robinson of Louisville; a niece and nephew: Ann Norman of Indiana and Mike Norman of Louisville; great-nephews: Brandon Overbay of Brandenburg, Jacob Norman and Josh Norman both of Louisville; and a host of other relatives and friends.
Mr. Gumm was also preceded in death by his grandparents: Othar Hall and Lizzie Myrtle Lewis Hall, and Lotton Gumm and Lillie Bell Gumm.
....................................
The funeral services for Mr. Shelby Gumm will be conducted at 11:00 A.M., Central Time, Tuesday, February 26, 2019 at the Cowherd and Parrott Funeral Home with burial to follow in the Green County Memory Gardens. Bro. Mike Akridge, Mike Norman, and J.W. Bennett officiating.
Visitation is requested from 4 P.M. until 8 P.M., Central Time, Monday at the Cowherd and Parrott Funeral Home and after 7 A.M., Tuesday until time of the funeral service.
Memorials are suggested to the Summersville Baptist Church, which can be made at the funeral home.
For online condolences log onto: www.cowherdandparrott.com or Facebook.
PALLBEARERS:
Mike Norman, Kenneth Skaggs, Paul Blair,
Timmy Marr, John Robinson, Bill Dziepak
HONORARY PALLBEARERS:
Walter Mast, William Lewis Warren, Roger Moss, William Earl Henderson,
Steve Lewis, John Frank, Vernon Bloyd, Larry Skaggs, Phil Heiskell