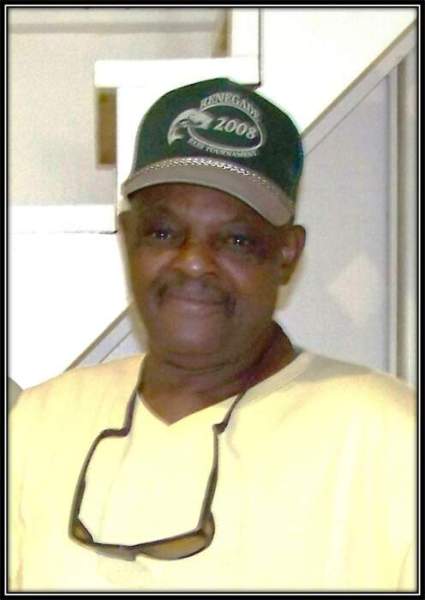 He had made a profession of faith in Christ and was a member of 2nd Baptist Church of Greensburg. He started working at an early age, farming with his dad.  From that he moved to public work, James Bandy Pipe Yard, Star Oil Co., Texas Gas, LL Morris Oil Co., Rock Creek Horse Stables in Louisville, KY.  He worked with his dad in concrete, drove a tractor trailer truck for Billy Todd Cundiff, drove a passenger bus to G.E.  At Nally & Gibson is where he started his front-end loading career, while at Nally & Gibson he partnered with his brother-in-law, Paul Hardin on a dump trucking business.  While doing part time work at Mellwood Powell Welding Shop.  He remained in the asphalt and quarry business.  He finished his operating career at R.E. Gaddie Shamrock and retired at Nally & Haydon in 2007 after 35 years.

Mr. Embry very much liked all his jobs and enjoyed working a lot.  At an early age he developed a love for all the outdoors, hunting, fishing, shooting, baseball, horseback riding and trapping.  He also enjoyed babysitting younger ones. He liked taking them hunting and fishing, teaching them how to drive, and going to the drive-in theatre.  He loved all motorsports, he loved racing his stockcar, drag car, the demolition derby and riding his motorcycles.  His T.V. leisure time consisted of watching westerns, wrestling, boxing, military movies, and the outdoor channel.

Besides his parents, he is preceded in death by one sister, Alma Frances Gunn, one sister-in-law and several brothers-in-law.  He is survived by his wife Naomi E. Hendrickson Embry of Greensburg, KY whom he was united in marriage to on February 20, 1971, three children: Susan Hendrickson of Aurora, Ill., Roy Embry Jr. of Greensburg, KY., and Sheila Embry of Greensburg, KY.  Two sisters and two brothers: Mary Etta Newby and her husband Marvin, Emma Jane Hendrickson and her husband James, Samuel Isaac Embry, Jr. all of Greensburg, KY., Jerry Lewis Embry and his wife Felicia of Aurora, Ill., several brothers-in-law, sisters-in-law, three grandchildren: Brittany Embry, Ashton Mullikin, Jada Embry and four great-grandchildren: Anijha, Zion, Jaliyah, Nazeer plus a host of other relatives and friends.