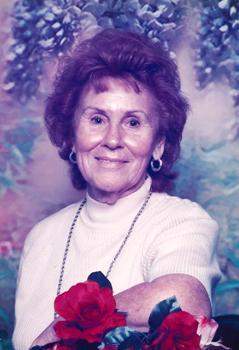 Mrs. Ola Mae Richards of Green County, Kentucky, daughter of the late John Wesley Milby and Minnie Lee Marr Milby, was born on April 14, 1929 in Green County, and departed this life on Tuesday, March 31, 2015 at her home. She was 85 years, 11 months, and 17 days of age.

She had made a profession of faith in Christ and was a member of the Holly Grove Baptist Church and was a homemaker.

She was also preceded in death by a brother: Forrest "Pete" Milby.

The funeral services for Mrs. Ola Mae Richards will be conducted at 11:00 A.M., Friday, April 3, 2015 at the Holly Grove Baptist Church with burial to follow in the Green County Memory Gardens in Summersville. Bro. Leslie Jewell will be officiating.

Visitation is requested from 3 P.M. until 8 P.M., Thursday at the Cowherd and Parrott Funeral Home and after 9 A.M., Friday at the Holly Grove Baptist Church until time of the funeral service.

Cowherd and Parrott Funeral Home in charge of the funeral arrangements.