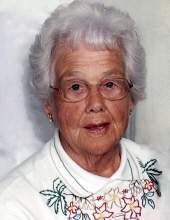 Ola Milby Sharp of Greensburg, Kentucky, daughter of the late Fayett Milby and Nannie (Milby) Milby, was born on Tuesday, April 14, 1925 in Green County and departed this life on Wednesday, September 8, 2021 at the Taylor Regional Hospital. She was 96 years, 4 months, and 25 days of age. She had made a profession of faith in Christ and was a member of the Oak Forest Cumberland Presbyterian Church. She was also a homemaker and machine operator for Fruit of the Loom Inc. for 28 years. She united in marriage to Elwood Sharp on June 27, 1964 who preceded her in death on December 4, 1995. Survivors include two granddaughters: Shannon Velazquez and her husband, Manuel of Summersville, and Amanda Jessie of Columbia; four great-grandchildren: Cheyenne Velazquez, Gabriella Velazquez, Josue Velazquez, and Reagan Jessie; and a host of other relatives and friends. Mrs. Sharp was also preceded in death by a son: Billy G. Walker on October 13, 2010; and two great-grandchildren: Nolia and Desiree. ………………………………… The funeral services for Ola Milby Sharp will be conducted at 11:00 A.M., Monday, September 13, 2021 at the Cowherd and Parrott Funeral Home with burial to follow in the Green County Memory Gardens, Summersville, Kentucky. Bro. Greg Whitlow officiating. Visitation is requested from 5 P.M. until 8 P.M., Sunday at the Cowherd and Parrott Funeral Home and after 7 A.M., Monday until time of the funeral service.