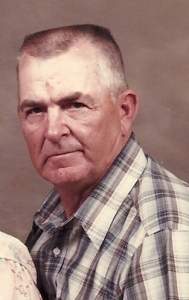 Mr. Ned Lyon Russell of Buffalo, Kentucky, son of the late Terry W. Russell and Ella Pearl Marcum Russell, was born on August 12, 1921 in Green County, Kentucky, and departed this life on Friday, March 1, 2013 at the Woodland Terrace Nursing and Rehab Center. He was 91 years, six months, and 17 days of age.

He had made a profession of faith in Christ and was a member of the Wesley Meadows United Methodist Church in Hodgenville, Kentucky. He was a farmer and a WWII Veteran having served in the United State Army.

Survivors include his wife of 66 years, Prudence Estell Milby Russell of Buffalo, having united in marriage on October 19, 1946.

Other survivors include a sister: Isabelle Nunn of Louisville; and a host of nieces, nephews, other relatives and friends.

The funeral services for Mr. Ned Lyon Russell will be conducted at 10:00 A.M., Tuesday, March 5, 2013 at the Cowherd and Parrott Funeral Home with burial to follow in the Green County Memory Gardens. Bro. will be officiating.

Visitation is requested from 3 until 8 P.M., Monday at the Cowherd and Parrott Funeral Home and after 7 A.M., Tuesday until time of the funeral service.