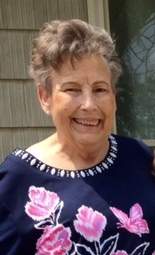 Mrs. Mazetta Verlene Curry Moss of Greensburg, Kentucky, daughter of the late Charlie Lewis Curry and Evie Thompson Curry, was born on April 11, 1935 in Green County, and departed this life on Tuesday, November 22, 2016 at the Jane Todd Crawford Hospital. She was 81 years, 7 months, and 11 days of age.

She had made a profession of faith in Christ and attended the Pleasant Ridge Baptist Church and was a homemaker.

She united in marriage to Kennith Willard Moss on October 3, 1956 who preceded her in death on January 7, 2007.

The funeral services for Mazetta Curry Moss will be conducted at 3:00 P.M. Wednesday, November 22, 2016 at the Pleasant Ridge Baptist Church with burial in the Green County Memory Gardens. Bro. John Hargan and Bro. Scott Coats officiating. Cowherd and Parrott Funeral Home in charge of the arrangements.

Visitation is requested after 10 A.M. Wednesday at the Pleasant Ridge Baptist Church until time of the funeral service.

Memorials are suggested to the Gideon Bible Fund which can be made at the funeral home.

Condolences may be made at www.cowherdandparrott.com