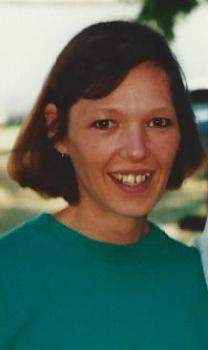 Mrs. Mary Linda Graham Landis of Greensburg, Kentucky, daughter of Lucille Bale Graham of Green County, and the late Doyle Graham, was born on May 28, 1956 in Taylor County, Kentucky, and departed this life on Sunday, May 11, 2014 at the U.K. Markey Cancer Center in Lexington. She was 57 years, 11 months, and 13 days of age.

She had made a profession of faith in Christ at the age of nine and was involved in lifelong ministry along with her husband Gary throughout Central Kentucky, and attended the Bethlehem Baptist Church. Mary Linda was a 1974 graduate of Green County High School, having twelve years of perfect attendance. She received an undergraduate and Master of Science Degree from the University of Louisville. She was a member of the Honor Society of Phi Kappa Phi and received two awards: the 'Highest Scholarship in Occupational Training and Development Award', as well as the 'Highest Scholarship in the School of Education Award' from the University of Louisville. Mary Linda was self-employed through her business of Landis Enterprises, Rental Properties and was a proud Seasonal Park Ranger Interpreter with the United States Park Service at the Abraham Lincoln Birthplace in Hodgenville, Kentucky.

Besides her mother she is survived by her husband of 39 years, Gary Landis having united in marriage on July 6, 1974.

Other survivors include a son and daughter-in-law: Eric and Rachel Landis of Washington, D.C.; two daughters and sons-in-law: Danea and Shawn Rogers of Georgia, and Alicea and Will Boleyn of Frankfort; three sisters and brothers-in-law: Venona and Don Dobson of Georgetown, Martha and Randall Sullivan of Greensburg, and Dr. Nancy "Doylene" and Bill McGregor of Versailles; uncle and aunt: Bobby and Laverne Shofner Bale of Louisville; six nephews; ten nieces and three cousins in addition to a great host of other relatives and friends.

The funeral services for Mrs. Mary Linda Graham Landis will be conducted at 1:00 P.M., Wednesday, May 14, 2014 at the Bethlehem Baptist Church with burial to follow in the Green County Memory Gardens. Dr. Gary Ervin, Bro. Gary Landis, Bro. Darrell Landis, and Eric Landis will be officiating.

Memorials are suggested to the Gideon Bible Fund, which can be made at the Cowherd and Parrott Funeral Home.