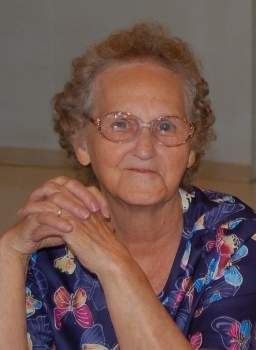 Mrs. Marie Susan Milby McCubbin of Louisville, formerly of Green County, Kentucky, daughter of the late James William Milby and Sarah Sudie Milby, was born on February 13, 1930 in Green County, and departed this life on Thursday, May 7, 2015 at the Baptist Health Hospital in Louisville, Kentucky. She was 85 years, two months, and 24 days of age.

She had made a profession of faith in Christ and was a member of the Oak Forest Cumberland Presbyterian Church. She was a homemaker and loved to quilt.

Survivors include three sons and a daughter-in-law and a daughter and son-in-law: James McCubbin, Larry McCubbin, Jeff and Melanie McCubbin, and Lydia and Jimmy Sanders all of Louisville; seven grandchildren: five great-grandchildren; and a host of other relatives and friends.

The funeral services for Mrs. Marie Susan Milby McCubbin will be conducted at 10:00 A.M., Cst., on Monday, May 11, 2015 at the Cowherd and Parrott Funeral Home with burial to follow in the Green County Memory Gardens in Summersville, Kentucky. Bro. Jimmy Tucker and David Milby will be officiating.

Visitation is requested from 4 P.M. until 8 P.M., Sunday at the Cowherd and Parrott Funeral Home and after 7 A.M., Monday until time of the funeral service.