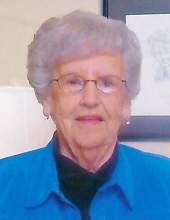 Myrtle Marcella Hall of Louisville, Kentucky, and also formerly of Alabama, was the daughter of the late Vernon Warren and Lillian Hall Warren, and was born on Saturday, April 19, 1930 in Green County, Kentucky. She departed this life on Saturday, March 27, 2021 at the Franciscan Health Care Facility in Louisville. She was 90 years, 11 months and 8 days of age.
She had made a profession of faith in Christ, was of the United Methodist Faith and was a homemaker.
She united in marriage to Charlie Taylor Hall on November 13, 1946 who preceded her in death on June 23, 1987.
Survivors include a son and daughter-in-law: Rick and Lisa Hall of Leitchfield; a daughter: Rita Dixon of Huntsville, Alabama; four grandchildren: Steven Hall, Doug Perry, Troy Perry, and Chuck Perry; three great-grandchildren: Payton Perry, Ashton Perry, and Charles Perry; a sister: Ann Parsons, and her friend, Joe Rodriguez both of Louisville; and a host of other relatives and friends.
Mrs. Hall was also preceded in death by a sister: Tense Milby.
…………….
Graveside services for Myrtle Marcella Hall will be conducted at 11:00 A.M., Central Time, Tuesday, March 30, 2021 at the Green County Memory Gardens. Bro. Gary Baker officiating. Cowherd and Parrott Funeral Home in charge of the service arrangements.