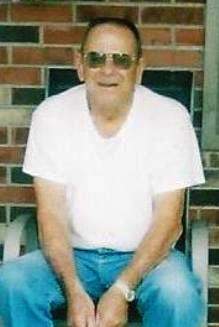 
Mr. Lenard Wydell Jones of Greensburg, Kentucky, son of the late Grover Jones and Flossie Marie Wright Jones, was born on May 27, 1933 in Green County, Kentucky, and departed this life on Wednesday, September 16, 2015 at the Hardin Memorial Hospital in Elizabethtown. He was 82 years, three months, and 20 days of age.

He had made a profession of faith in Christ, was a former machine operator for Brown-Williams in Louisville, a former store owner and operator, and a farmer. He was also a member of the Greensburg Masonic Lodge #54 F&AM for over 50 years.

He is survived by his wife of 44 years, Rita Thompson Jones of Greensburg, having united in marriage on May 27, 1971.

Other survivors include three sisters and brothers-in-law: Patsy Jones Larimore and Tom Larimore of Louisville, Florence and Ronny Ford of Summersville, and Becky and Daryl Parnell of Greensburg; three brothers and two sisters-in-law: Bro. Ivan L. and Guinevere Jones of Greensburg, Loy Mann Jones, and Delson and Cymblene Jones all of Greensburg; and a host of nieces, nephews, other relatives and friends.

The funeral services for Mr. Lenard Wydell Jones will be conducted at 1:00 P.M., Sunday, September 20, 2015 at the Cowherd and Parrott Funeral Home with burial to follow in the Green County Memory Gardens. Bro. Larry Wisdom, Bro. Wilburn Bonta, and Bro. David Patterson will be officiating.

Visitation is requested from 4 P.M. until 8 P.M., Saturday at the Cowherd and Parrott Funeral Home and after 7 A.M., Sunday until time of the funeral service.

The family has asked that expressions of sympathy take the form of donations to the Gideon Bible Fund or the American Heart Association, which can be made at the funeral home.