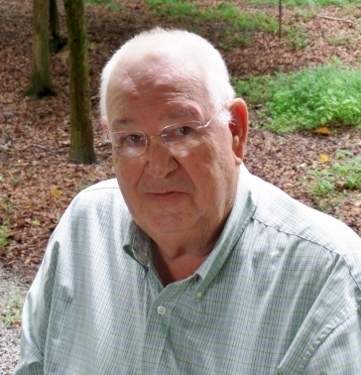 Mr. J.W. "Bill" Edwards of Greensburg, Kentucky, son of the late Woodrow Lynn Edwards and Maxine Larimore Edwards, was born on March 15, 1938 in the Bluff Boom area of Green County and departed this life on Tuesday, August 26, 2014 at Norton Hospital. He was 76 years, five months, and 11 days of age.

He is survived by his wife of 57 years, Anne Edwards of Greensburg having united in marriage on November 29, 1957.

Mr. Edwards was preceded in death by one son Robert Woodrow Edwards in 1984; and a brother-in-law: Leo Jones.

The funeral services for J.W. "Bill" Edwards will be conducted at 2:00 P.M., Friday, August 29, 2014 at the Cowherd and Parrott Funeral Home with burial to follow in the Green County Memory Gardens. Bro. Charlie Taylor and Joel Bennett will be officiating.

Visitation is requested from 3 P.M. until 9 P.M., Thursday at the Cowherd and Parrott Funeral Home and after 7 A.M., Friday until time of the funeral service.

The family has asked that expressions of sympathy take the form of donations to the Green County Middle School Football, Green County Public Library, or the Greensburg Presbyterian Church, which can be made at the funeral home.