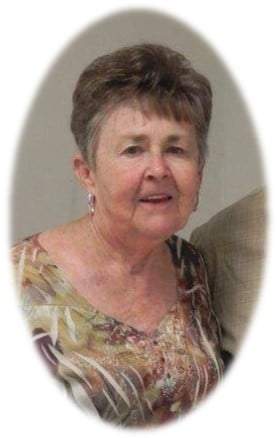 Mrs. Judy Bardin Milby, of the Gabe community, was born on August 13, 1943 in Green County, Kentucky to the late Tolbert and Mary Wise Bardin. She departed this life on December 23, 2021 at the University of Louisville Hospital in Louisville, Kentucky having attained the age of 78 years, four months and ten days.


She had made a profession of faith in Christ and was a member of the Summersville Baptist Church.


Mrs. Milby was elected and served as Green County Circuit Court Clerk from 1976-1982. Judy was then employed by the United States Postal Service and delivered the mail for the Greensburg Post Office until 2002.


She loved her family dearly and enjoyed spending all the time she could with them, especially loving on her grandchildren and great-grandchildren. Judy enjoyed fishing. She spent the last 10 years living most of the year at Kentucky Lake, where the family made many memories at their lake house. In years past, she was an avid bingo player.


Judy Bardin united in marriage to Carlos Milby on September 23, 1961, who survives.


Other survivors include two sons and one daughter-in-law: Carlos Lee “Buddy” Milby, Jr. of Gabe and Brent and Monica Milby of Alvaton; one daughter and son-in-law: Vickie and Rob Stumph of Henderson; six grandchildren: Samantha and Jacob Buchanan of Little Barren, Mason Stumph of Lexington, Meredith Stumph of Louisville, Brennen and Kelsey Milby of Greensburg, Nicole Milby of Alvaton and Ethan Kennedy of Bowling Green; three great-grandchildren: Grayson Buchanan, Mallory Buchanan and Leighton Milby; Three sisters and brothers-in-law: Bettie Carole Milby of Greensburg, Gayle and Wayne Hines of Danville and Beverly and Gwynne Gaddie of Bardstown; one brother and sister-in-law: J.C. “Cotton” and Martha Bardin of Greensburg; and a host of nieces, nephews, other relatives and friends.


Visitation is requested after 10:00 A.M. until the time of the service on Wednesday at the funeral home.