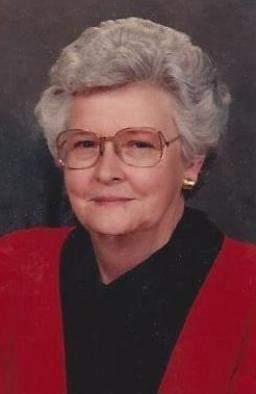 Mrs. Juanita Lee Keltner Simpson of Greensburg, Kentucky, daughter of the late Bascom Keltner and Mary Ella Kessler Keltner, was born on December 13, 1938 in Green County, Kentucky, and departed this life on Sunday, January 17, 2016 at the Jane Todd Crawford Hospital. She was 77 years, one month, and four days of age.

She had made a profession of faith in Christ, was a member of the Fry Baptist Church and a homemaker.

She is survived by her loving husband of 60 years, William Dennis Simpson of Greensburg, having united in marriage on June 4, 1955.

Other survivors include two sons and daughters-in-law: Ricky and Debbie Simpson and Bryon and Lisa Simpson all of Greensburg; a daughter and son-in-law: Jennifer and Andy Judd of Greensburg; seven grandchildren: Tiffany and Shane DeSimone of Greensburg, J. and Courtney Simpson of Louisville, Kyle Judd, Jaysen Judd, Colton Simpson, Bradley Judd, and Chloe Simpson all of Green County; three great-grandchildren: Brooks DeSimone, Carolyne DeSimone, and Katherine Simpson; two sisters and brothers-in-law: Phyllis Ann and James Cowherd and Connie and Richard "Dickie" Blakeman all of Green County; two brothers and sisters-in-law: Phillip "Shortie" and Ruthie Keltner, and James and Gilda Keltner all of Green County; two sisters-in-law: Sheila and the late Larry Keltner, and Sheila and the late Jerry Keltner both of Columbia; and a host of other relatives and friends.

Mrs. Simpson was also preceded in death by a sister: Ortella Judd,; and brother and sister-in-law: Rex and Lois Keltner; and a brother-in-law: Donnie Bishop.

The funeral services for Mrs. Juanita Keltner Simpson will be conducted at 1:00 P.M., Thursday, January 20, 2016 at the Cowherd and Parrott Funeral Home with burial to follow in the Green County Memory Gardens. Bro. Larry Wisdom and Bro. Carlos Compton will be officiating.

Visitation is requested from 3 P.M. until 8 P.M., Tuesday, Wednesday 8am to 4pm at the Cowherd and Parrott Funeral Home and after 7 A.M., Thursday until time of the funeral service.

Memorials are suggested to the Fry Baptist Church Building Fund, which can be made at the funeral home.

FUNERAL POSTPONED TO THURSDAY AT 1:00PM DUE TO THE WEATHER