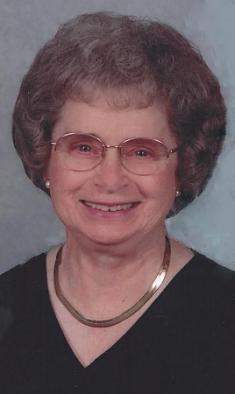 Mrs. Juanita Beams Buchanan of Greensburg, Kentucky, daughter of the late Ford Beams and Mary Elizabeth "Mae" Cowherd Beams, was born on September 5, 1928 in Taylor County, Kentucky and departed this life on Wednesday, November 16, 2016 at the Wright's Care Home in Green County. She was 88 years, two months, and 11 days of age.

She had made a profession of faith in Christ and was a member of the Greensburg Baptist Church. She was also a clerk for the former Henderson's five & dime, and a homemaker.

Survivors include a daughter: Sharon Buchanan Beauchamp of Greensburg; a sister: Ethel Rattliff of Summersville; a sister-in-law: Elsie Beams of Greensburg; and a host of other relatives and friends.

Mrs. Buchanan was also preceded in death by her son-in-law: Randy Beauchamp on April 19, 2007; an infant brother and brother: J.R. Beams; and a sister: Perry Beams Hall Scott.

Visitation is requested after 8 A.M., Saturday at the Cowherd and Parrott Funeral Home until time of the funeral service.

Memorials are suggested to Hosparus of Green River or Gideon Bible Fund which can be made at the funeral home.