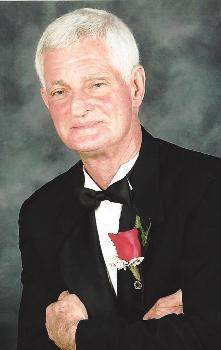 Mr. John T. "Johnny" Wilson, Sr. of Greensburg, Kentucky, son of the late John Albert Wilson and Lydia Mae Ricketts Wilson, was born on June 9, 1948 in New Haven, Kentucky, and departed this life on Monday, July 14, 2014 at the Kentuckiana Medical Center in Clarksville, Indiana. He was 66 years, one month, and five days of age.

He had made a profession of faith in Christ and attended the South Greensburg Baptist Church. He was owner and operator of Wilson Roofing.

Is survived by his wife: Chastity Willen Wilson of Greensburg, having united in marriage on November 10, 2009.

The funeral services for Mr. John T. "Johnny" Wilson will be conducted at 10:00 A.M., Friday, July 18, 2014 at the Cowherd and Parrott Funeral Home with burial to follow in the Green County Memory Gardens. Bro. Robert Adkins will be officiating.

Visitation is requested from 4 until 9 P.M., Thursday at the Cowherd and Parrott Funeral Home and after 7 A.M., Friday until time of the funeral service.

The family has ask that expressions of sympathy take the form of donations for the funeral expenses which can be made at the funeral home.