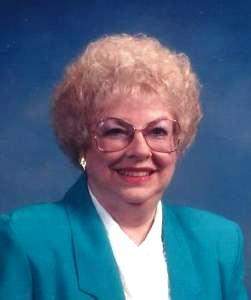 Mrs. JoAnn Allison Durrett of Greensburg, Kentucky, daughter of the late Joe Ernest Allison and Nellie Catherine Pike Allison, was born on March 9, 1939 in Adair County, Kentucky, and departed this life on Saturday, December 12, 2015 at the Golden Living Center-Green Hill. She was 76 years, nine months, and three days of age.

Mrs. Durrett was also preceded in death by a grandson: Jesse Bowman; and a brother: Kenneth Lee Allison.

The funeral services for Mrs. JoAnn Allison Durrett will be conducted at 1:00 P.M., Wednesday, December 16, 2015 at the Cowherd and Parrott Funeral Home with burial to follow in the Green County Memory Gardens. Bro. Mickey Pruitt will be officiating.

Visitation is requested from 3 P.M. until 8 P.M., Tuesday at the Cowherd and Parrott Funeral Home and after 7 A.M., Wednesday until time of the funeral service.

The family has asked that expressions of sympathy take the form of donations to the Parkinson's Research Foundation, which can be made at the funeral home.