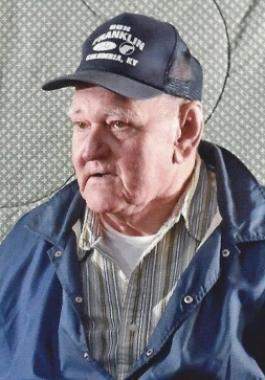 Mr. James Royce "Jim" Kelly of Greensburg, Kentucky, son of the late James Matthew Kelly and Fannie Ethel Meadows Kelly, was born on September 30, 1934 and departed this life on Saturday, April 22, 2017 at his home. He was 82 years, 6 months, and 23 days of age.

He was a lifelong farmer and a Veteran having served in the United States Army.

Survived by his wife of 58 years, Margie Lucille Smith Kelly of Greensburg having united in marriage on April 28, 1958.

Mr. Kelly was also preceded in death by two brothers and a sister: Leroy Kelly, Lenwood Kelly and Lillian Hartfield.

The funeral services for Mr. James Royce "Jim" Kelly will be conducted at 11:00 A.M., Wednesday, April 26, 2017 at the Cowherd and Parrott Funeral Home with burial to follow in the Green County Memory Gardens. Bro. Joseph Wilcoxson officiating.

Visitation is requested from 4 P.M. until 8 P.M., Tuesday at the Cowherd and Parrott Funeral Home and after 7 A.M., Wednesday until time of the funeral service.

Memorials are requested to be made to the Hosparus of Green River, which can be made at the funeral home.