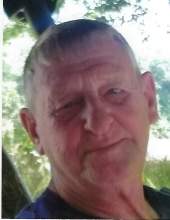 Mr. Harvey Beauchamp of Greensburg, Kentucky, son of the late Marvin Beauchamp and Wyldean Thompson Beauchamp, was born on Tuesday, August 22, 1950 in Green County and departed this life on Thursday, August 27, 2020 at TJ Samson Hospital in Glasgow. He was 70 years and five days of age.
He had made a profession of faith in Christ and was a member of Greasy Creek Baptist Church. He was employed with Dart Container Corporation and had also worked for Greensburg Manufacturing for many years. He was also a member of the Greensburg-Green County Fire and Rescue-Grab Station, Unit 126.
Survived by his wife of 32 years, Barbara Beauchamp of Greensburg, having united in marriage on September 5, 1987.
Other survivors include a daughter and son-in-law: Melissa and Chad Julian of Shepherdsville; a son and daughter-in-law: Eric and Sara Beauchamp of Vine Grove; two step sons and a daughter-in-law: Ricky and Julia Wimsatt and Jeff Wimsatt all of Greensburg; eight grandchildren: Gage Wimsatt, Daniel Wimsatt, Myah Rishel, Branson Rishel, Kamryn Clark, Presley Beauchamp, Taylor Julian, and Emma Julian; four great-grandchildren: Charli Wimsatt, Bristol Wimsatt, Darbi Wimsatt, and Landon Raley; two sisters: Alma Jean Warren of Brooks, Rita Hedgespeth and her husband Denny of Campbellsville; a brother-in-law and sister-in-law: Jim Wright and Sharon Beauchamp both of Greensburg.
Mr. Beauchamp was also preceded in death by a grandmother: Claros Lawson; a grandchild: Kody Clark; and a brother and sister: Randy Beauchamp and Judell Wright.
..........................................
The funeral services for Mr. Harvey Beauchamp will be conducted at 1:00 P.M., Central Time, Tuesday, September 1, 2020 at the Cowherd and Parrott Funeral Home with burial to follow in Green County Memorial Gardens.
A WALK THROUGH visitation is requested after 9:30 A.M., Central Time, Tuesday at the Cowherd and Parrott Funeral Home until time of the funeral service. Due to Covid-19, please continue to practice social distancing.
The family has asked that expressions of sympathy take the form of donations to the Greensburg- Green County Fire and Rescue, which can be made at the funeral home.