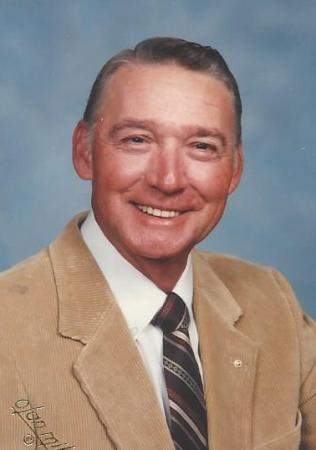 Mr. Holland M. Hedgespeth of Summersville, Kentucky, son of the late Elmer Hedgespeth and Mae Wright Hedgespeth, was born on December 31, 1926 in Green County and departed this life on December 11, 2016 at his home. He was 89 years, 11 months and 10 days of age.

He had made a profession of faith in Christ and was a member of the Aetna Grove Baptist Church. He was retired from International Harvester after 20 plus years of employment, was a lifelong farmer, a former school bus driver, and also worked for the County Road Department. Mr. Hedgespeth was a WWII Veteran having served in the United States Army, was a Gideon, and a member of the William B. Allen Masonic Lodge #704.

Survived by his wife of 49 years, Betty Mullins Hedgespeth of Summersville having united in marriage on June 10, 1967.

The funeral services for Mr. Holland M. Hedgespeth will be conducted at 11:00 A.M., Central Time, Thursday, December 15, 2016 at the Cowherd and Parrott Funeral Home with burial to follow in the Green County Memory Gardens with full military honors conducted by the Marion County Veteran's Honor Guard. Bro. Kelvin Edwards officiating.

Visitation is requested from 3 P.M. until 8 P.M., Wednesday at the Cowherd and Parrott Funeral Home and after 7 A.M., Thursday until time of the funeral service.

There will be a Masonic Rite Service held at 6:00 P.M., Central Time, Wednesday at the Cowherd and Parrott Funeral Home conducted by the William B. Allen Masonic Lodge #704.

Memorials are suggested to the Gideon Bible Fund or Hosparus of Green River which can be made at the funeral home.