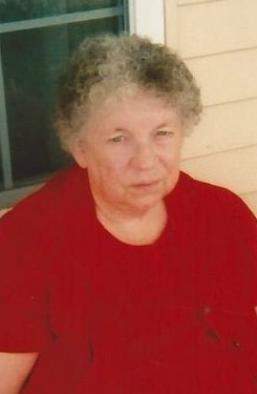 Geraldine Norris York of Greensburg, Kentucky, daughter of the late Howard Norris and Mary Ruby Valingham Norris, was born on May 29, 1931 in Owingsville, Bath County, Kentucky, and departed this life on Tuesday, October 11, 2016 at the T.J. Samson Hospital in Glasgow. She was 85 years, 4 months, and 12 days of age.

She had made a profession of faith in Christ and was a member of Emmanuel Ministries in LeGrande. She was a retired nurse's aide for West Orange County Hospital in Wintergarden, Florida.

Survivors include six daughters and four sons-in-law: Judy and Bill Rickman of Florida, Vicky Blakeman, Mary and Herbert Susenbach, Patricia Hill all of Greensburg, Debbie and Ted Reich of Florida, Janet and Ronnie Jeffries of Munfordville; three sons and a daughter-in-law: Gary York, Gerald and Martha York, and Ray York all of Greensburg; 18 grandchildren; 19 great-grandchildren; a sister: Janet Shrout of Mt. Sterling; and a host of other relatives and friends.

Mrs. York was also preceded in death by a granddaughter: Jessica Minton on October 25, 2014; and a brother: Donald Norris.

The funeral services for Geraldine Norris York will be conducted at 10:00 A.M., Saturday, October 15, 2016 at the Cowherd and Parrott Funeral Home with burial to follow in the Green County Memory Gardens. Bro. Phillip Trent and Bro. Paul Cooper officiating.

Visitation is requested from 3 P.M. until 8 P.M., Friday at the Cowherd and Parrott Funeral Home and after 7 A.M., Saturday until time of the funeral service.