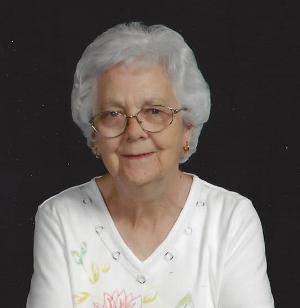 Mrs. Frances Lindsey Sparks of Summersville, Kentucky, daughter of the late Raymond Lindsey and Stacie Meador Lindsey, was born on January 28, 1932 in Glasgow, Kentucky, and departed this life on Thursday, March 17, 2016 at her home in Summersville. She was 84 years, one month, and 18 days of age.

Survivors include three sons and two daughters-in-law: Dennis and Donna Sparks of Versailles, Gary and Markie Sparks of Magnolia, and Tony Sparks of Louisville; a daughter and son-in-law: Colleen And Jay Wright of Georgia; 10 grandchildren; three great-grandchildren; and a host of other relatives and friends.

The funeral services for Mrs. Frances Lindsey Sparks will be conducted at 1:00 P.M., Sunday, March 20, 2016 at the Summersville Baptist Church with burial to follow in the Green County Memory Gardens. Bro. Chuck Pollard and Bro. Nathan Crawford will be officiating.

Visitation is requested from 4 P.M. until 8 P.M., Saturday at the Cowherd and Parrott Funeral Home and after 7 A.M. until 12 Noon, Sunday at the funeral home.

The family has asked that expressions of sympathy take the form of donations to the Gideon Bible Fund or the St. Jude Children's Research Hospital, which can be made at the funeral home.