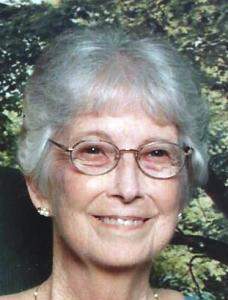 She is survived by her son & daughter-in-law: Shelby & Darlene Gumm of Summersville.

Four grandchildren and their spouses: Jackie and J.W. Bennett of Greensburg, Andrea Norman and Wayne Stout of Louisville, Sherri and Tim Larimore of Bowling Green, and Michael and Holly Norman of Louisville.

Four great-grandchildren: Brandon Overbay and his wife Misty of Irvington, Kate Larimore of Bowling Green, Jacob Norman and Joshua Norman both of Louisville.

The funeral services for Mrs. Exie Hall Gumm will be conducted at 1:00 PM, Saturday at the Cowherd & Parrott Funeral Home, with burial in the Green County Memory Gardens Cemetery.

Visitation is requested after 9:30 AM Saturday until time of the funeral service at the Cowherd & Parrott Funeral Home.

Memorial contributions are suggested to the Summersville Baptist Church Building Fund or the Alzheimer's Association, which can be made at the funeral home.