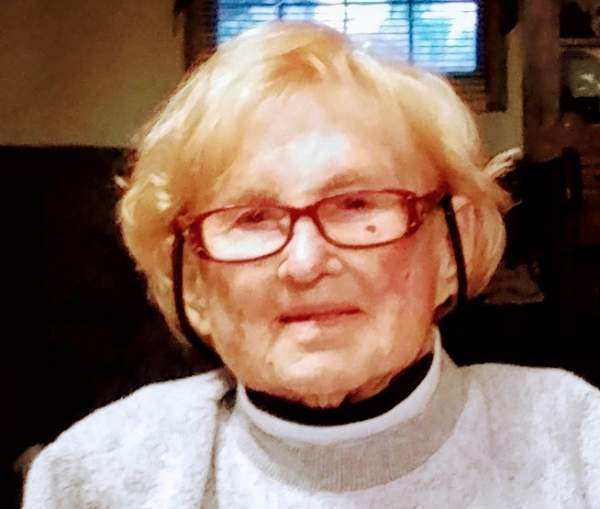 Mrs. Eugenia Simpson was born March 5, 1924 in Green County, Kentucky to the late B.T. and Troy Davis Judd.  She departed this life Wednesday, March 24, 2021 at her home in Green County, having attained the age of 97 years and 19 days.

She had made a profession in Christ and was a member of the Oak Grove Separate Baptist Church and was a member of the Fruit of the Loom Founders Club. She worked for Fruit of the Loom for 42 years. She was united in marriage to C.G. Simpson for 66 years who proceeds her in death. She is preceded in death by one daughter: Sandy Gentry; one great-grandson: Christian Judd (CJ) Cooper who preceded her in death on January 14, 2021; 12 brothers and sisters: A.D. Judd, Herman Judd, Agnes Hamblin, Alga Ennis, Tee Judd, Iley Judd, Vernon Judd, Mayme Bloyd, Gracie Moran, Clarence Judd, Earl Judd, and Beth Gentry.

She is survived by two daughters: Ree Lomax of Louisville and Glenda Stengel and her husband Steve of Green County; one son-in-law: Clell Gentry of Green County; 3 grandchildren: Rodney Atwell and his wife Jen of Woodstock, Georgia, Sondra Ree McKinney of Louisville, Rollie Gentry and his wife Kristi of Greensburg; 4 great-grandchildren: Alexandria Ree Dillander (aka Ezra Targaryen) and her husband Josh, Christina Nicole Cooper, Mckenzie Colvin and her husband Alex and Phoebe Grace Atwell; Plus a host of other relatives and friends.

The Foster-Toler-Curry Funeral Home is in charge of the arrangements.