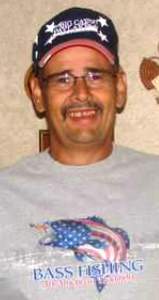 He is survived by his wife: Kathy Ann Bagby Leftwich of Summersville.

1 sister: Twalla Elizabeth Leftwich and her special friend, Samuel Davis, both of Summersville.

The funeral services for Mr. Eddie Leftwich will be conducted at 10:00 A.M. Central time, Tuesday, at the Cowherd & Parrott Funeral Home, with burial to follow in Green County Memory Gardens.

Visitation will be from 3-8 P.M. Central time, Monday and after 7 A.M. Tuesday at the Cowherd & Parrott Funeral Home.

Memorials are suggested to take the form of donations to the funeral fund and can be made at the funeral home.