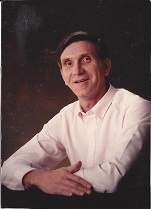 Mr. Dennis C. Lobb of Greensburg, Kentucky, son of the late Woodson Lobb and Vera Mars Lobb, was born on August 29, 1941, and departed this life on Saturday, November 8, 2014 at the Norton Audubon Hospital in Louisville, Kentucky. He was 73 years, two months, and 10 days of age.

He had made a profession of faith in Christ and attended the Liberty Missionary Baptist Church. He was also a forklift driver for General Electric.

Survivors include his wife of 51 years, Mary Ann Bishop Lobb of Greensburg, having united in marriage on April 8, 1963.

Mr. Lobb was preceded in death by his brother: Shirldeen Lobb; and a granddaughter: Crystal Craddock.

The funeral services for Mr. Dennis C. Lobb will be conducted at 1:00 P.M., Thursday, November 13, 2014 at the Cowherd and Parrott Funeral Home with burial to follow in the Green County Memory Gardens in Summersville. Bro. Jerry Judd and Bro. Carlos Compton will be officiating.

Visitation is requested from 4:00 P.M. until 8:00 P.M., Wednesday at the Cowherd and Parrott Funeral Home and after 7:00 A.M., Thursday until time of the funeral service.