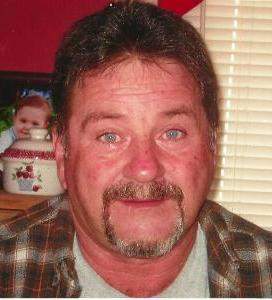 He had made a profession of faith in Christ and was a member of the South Summersville Baptist Church. He was a truck driver and a farmer.

Besides his mother he is survived by his wife, Rebecca Brandenburg Beams of Greensburg, having united in marriage on November 28, 2003; a daughter: Samantha Lynn Price of Campbellsville; two sons and a daughter-in-law: Michael Brandon and Ashley McKibben of Campbellsville, and Howard Lewis Beams of Greensburg; two step children: Stephanie Lynn Blythe of Edmonton, and Jessie Lee Underwood of Greensburg; 11 grandchildren: Sierra Beams, Audree McKibben, Kaden Price, Colton Beams, Mason McKibben, Riley Davis, Bryson Underwood, Kodie Price, Owen Blythe, Jaylee Beams, and Landon Blythe; a sister and brother-in-law: Mary Lynn and Mark Chaudoin of Summersville; a brother: Kenny Beams of Louisville; and a host of other relatives and friends.

Mr. Beams was also preceded in death by a grandson: Michael Blayton McKibben on June 27, 2006.

The funeral services for Mr. Danny Thomas "Tommy" Beams will be conducted at 12 Noon, Friday, July 5, 2013 at the Cowherd and Parrott Funeral Home with burial to follow in the Green County Memory Gardens. Bro. Jeff Eaton and Bro. Irvin Milby, Jr. will be officiating.

Visitation is requested from 4 until 9 P.M., Thursday at the Cowherd and Parrott Funeral Home and after 7 A.M., Friday until time of the funeral service.

The family has asked that expressions of sympathy take the form of donations to the family burial fund, which can be made at the funeral home.