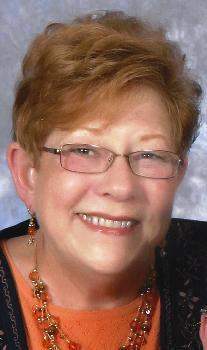 Mrs. Connie Sue McKinney Pruitt of Louisville, Kentucky, daughter of the late Paul McKinney and Maxine Landis McKinney Perkins, was born on February 15, 1947 in Green County, Kentucky, and departed this life on Thursday, June 12, 2014 at the Baptist Health of Louisville. She was 67 years, three months, and 28 days of age.

She had made a profession of faith in Christ and was a member of the Maple Grove Baptist Church, where she was also the Daycare Director. She was also involved in the pre-school ministry, Baptism committee, church council, church clerk, and other committees. Mrs. Pruitt was also a passionate reader.

Survivors include her husband of 48 years, Kenneth Ray "Kenny" Pruitt of Louisville, having united in marriage on July 3, 1965.

The funeral services for Mrs. Connie Sue McKinney Pruitt will be conducted at 11:00 A.M., Monday, June 16, 2014 at the Cowherd and Parrott Funeral Home with burial to follow in the Green County Memory Gardens.

Visitation is requested from 3 until 8 P.M., Sunday at the Cowherd and Parrott Funeral Home and after 7 A.M., Monday until time of the funeral service.

Memorials are suggested to the American Cancer Society, which can be made at the funeral home.