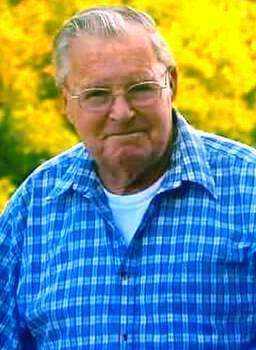 Mr. Cecil "Ted" Wright, Jr. of Greensburg, Kentucky, son of the late Cecil Wright and Flossie Cantrell Wright, was born on May 11, 1930 in Green County, Kentucky and departed this life on Saturday, September 5, 2015 at the Golden Living Center-Green Hill. He was 85 years, three months, and 25 days of age.

He had made a profession of faith in Christ and had been a member of the Memorial Baptist Church in Indiana. He was a former dock worker for Consolidated Freight Trucking Company and having been employed with the company for 34 years.

Survivors include his wife of 42 years, Christine Milby Wright of Greensburg, having united in marriage on October 28, 1972 at the Oak Forest Cumberland Presbyterian Church in Gabe, Kentucky.

The funeral services for Mr. Cecil "Ted" Wright, Jr. will be conducted at 11:00 A.M., Tuesday, September 8, 2015 at the Cowherd and Parrott Funeral Home with burial to follow in the Green County Memory Gardens. Bro. Greg Whitlow and Bro. Timmy Shirley will be officiating.

Visitation is requested from 2 P.M. until 8 P.M., Monday at the Cowherd and Parrott Funeral Home and after 7 A.M., Tuesday until time of the funeral service.