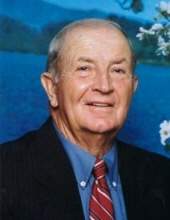 Mr. Brooks Milby of Greensburg, Kentucky, son of the late Oscar Milby and Gracie Skaggs Milby, was born on September 12, 1932 in Green County, Kentucky and departed this life on, April 13, 2018 at his residence in Summersville, Kentucky. He was 85 years, 7 months, and 1 day of age.
He had made a profession of faith in Christ and was a member and a Deacon of the Brush Creek Baptist Church. He was a farmer and a retired employee of the Green County School System having worked as a School Bus Driver for 35 years.
Survived by his wife of 66 years, Geneva Maxine Milby Milby of Summersville, having united in marriage on July, 21, 1951.
Other survivors include: a son and a daughter-in-law: Randal Joe and Rita Milby of Summersville; two daughters and sons-in-law: Sheila and Sammy Lobb of Mt. Sherman and Dana and Tommy Rogers of Greensburg; six grandchildren: Kelsey Rogers of Louisville, Samantha Curry of Mt. Sherman, Zeth Rogers, Tina Creason, Pam James and Kellen Lobb, all of Greensburg; eight great-grandchildren: Amelia Creason, Lillie Creason, Gerren Creason, Deacon James, Peyton James, Ella Lobb, Evie Lobb and Carson Curry.
He was also preceded in death by three sisters and two brothers: Aline Beams, Marie Milby, Edna Stevens, Russell Milby and Damon Milby.
.......................................
The funeral services for Mr. Brooks Milby will be conducted at 10:00 A.M., Central Time, Monday, April 16, 2018 at the Cowherd and Parrott Funeral Home in Greensburg with burial to follow in the Green County Memory Gardens. Bro. Timmy Shirley and Jason Wall will be officiating.
Visitation is requested from 3 P.M. until 8 P.M., Sunday at the Cowherd and Parrott Funeral Home and after 7 A.M., Monday until time of the funeral service. Expressions of sympathy are suggested to the Gideon Bible Fund, which can be made at the funeral home.
For online condolences log onto: www.cowherdandparrott.com or Facebook.
PALLBEARERS:
Kellen Lobb Zeth Rogers Josh James Chris Creason
Carlos Curry Steve Milby David Milby
HONORARY PALLBEARERS:
Ranny Milby Tim Jeffries David Thompson