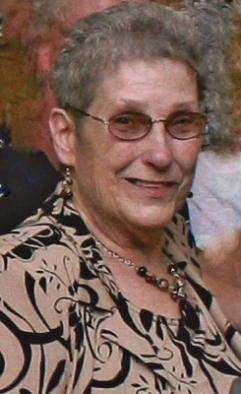 Mrs. Brenda Carol Wyatt Judd of Greensburg, Kentucky, daughter of the late Governor Taylor Wyatt and Sally Edna Long Wyatt, was born on September 28, 1945 in Green County, Kentucky and departed this life on Friday, April 21, 2017 at the Taylor Regional Hospital. She was 71 years, 6 months, and 24 days of age.

She had made a profession of faith in Christ and was a member of the Pleasant Ridge Baptist Church. She was also a former machine operator for Sumitomo Electric.

Survived by her husband of 53 years, Donald W. Judd, Sr. of Greensburg, having united in marriage on February 1, 1964.

The funeral services for Mrs. Brenda Carol Wyatt Judd will be conducted at 11:00 A.M., Central Time, Tuesday, April 25, 2017 at the Cowherd and Parrott Funeral Home with burial to follow in the Green County Memory Gardens. Bro. Wilburn Bonta officiating.

Visitation is requested from 4 P.M. until 8 P.M., Monday at the Cowherd and Parrott Funeral Home and after 7 A.M., Tuesday until time of the funeral service.

Memorials are requested to the American Cancer Society or the Gideon Bible Fund, which can be made at the funeral home.