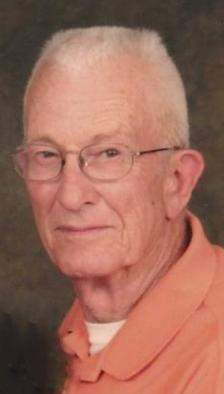 Mr. Billy Wayne Jones of Greensburg, Kentucky, son of the late Riley T. Jones and Lois Bloyd Jones, was born on June 15, 1942 in Green County, and departed this life on Thursday, October 27, 2016 at the Jane Todd Crawford Hospital. He was 74 years, 4 months, and 12 days of age.

He had made a profession of faith in Christ and was a member of the Brush Creek Baptist Church. He was retired a Dairy Manager from Houchens Industries after 33 years of employment, a member of the William B. Allen Masonic Lodge #704 and was a former member of the Army National Guard.

Survived by his wife of 46 years, Martha Lafferty Jones of Greensburg having united in marriage on June 20, 1970.

Other survivors include a son and daughter-in-law: Brian and Whitney Jones of Greensburg; two grandchildren: Cash Jones and Presley Jones both of Greensburg; a brother and sister: James Jones of Summersville, and Mary E. Johnson of Rineyville; nieces, nephews, other relatives and friends.

The funeral services for Mr. Billy Wayne Jones will be conducted at 2:00 P.M., Sunday, October 30, 2016 at the Brush Creek Baptist Church with burial to follow in the Green County Memory Gardens in Summersville. Bro. Jerry Noe and Bro. Greg Gore officiating.

Visitation is requested from 4 P.M. until 8 P.M., Saturday at the Cowherd and Parrott Funeral Home, from 7 A.M. until 12:30 P.M., Sunday at the funeral home, and after 1 P.M. at the Brush Creek Baptist Church until time of the funeral service.