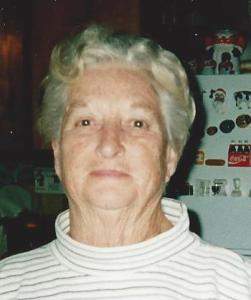 Mrs. Audrey Montgomery Paxton of Greensburg, Kentucky, daughter of the late Early Montgomery and Eula Ingram Montgomery, was born on September 9, 1930 in Green County and departed this life on Saturday, April 15, 2017 at her home. She was 86 years, seven months, and six day of age.

She had made a profession of faith in Christ, was a member of the Bethlehem Baptist Church, and was a homemaker.

She united in marriage to Joseph Carlton Paxton on February 10, 1951 who preceded her in death on September 14, 2001.

Mrs. Paxton was also preceded in death by a brothers and sister: Albert Montgomery and Betty Moore.

The funeral services for Mrs. Audrey Montgomery Paxton will be conducted at 11:00 A.M., Tuesday, April 18, 2017 at the Cowherd and Parrott Funeral Home with burial to follow in the Green County Memory Gardens in Summersville. Bro. Wilburn Bonta officiating.

Visitation is requested from 4 P.M until 8 P.M., Monday at the Cowherd and Parrott Funeral Home and after 7 A.M., Tuesday until time of the funeral service.

Memorial are suggested to the Gideon Bible Fund, which can be made at the funeral home.