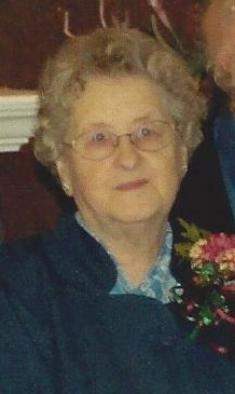 Mrs. Athol Bernice Sallee Milby of Greensburg, Kentucky, daughter of the late William Arthur Sallee and Mary Anna Murrell Sallee, was born on September 21, 1925 in Green County, Kentucky, and departed this life on Saturday, February 27, 2016 at the Norton's Hospital in Louisville, Kentucky. She was 90 years, five months, and six days of age.

She had made a profession of faith in Christ, was a member of the Holly Grove Baptist Church, and was a homemaker.

Survivors include three sons and daughters-in-law: Boyce Phillip Jr. and Wilma Milby of Summersville, Arthur L. and Brenda Milby, and Roger Allen and Celia Milby all of Louisville; five grandchildren and their spouses: Chris and Dena Milby, Keisha Milby Boog and Bobby Boog all of Louisville, Greg and Jennifer Milby of Elizabethtown, Derrick and Sara Milby Louisville, Courtney Milby Mattingly and Joe Mattingly of Mt. Washington; granddaughter-in-law: Karen Millner Milby of Louisville; 13 great-grandchildren; two sisters and a brother: Laura Mae Dudgeon of Campbellsville, Mary Elizabeth Vance of Greensburg, and Damon Sallee of Campbellsville; a sister-in-law: Dixie Marcum of Summersville; a special niece & nephew: David and Patty Milby of Tennessee; and a host of other relatives and friends.

The funeral services for Mrs. Athol Bernice Sallee Milby will be conducted at 10:00 A.M. Central time Tuesday at the Cowherd and Parrott Funeral Home with burial to follow in the Green County Memory Gardens. Bro. Leslie Jewell, Bro. Dennis Penick and Bro. Greg Milby will be officiating.

Visitation is requested from 4 P.M. until 8 P.M., Monday at the Cowherd and Parrott Funeral Home and after 7 A.M. Tuesday until time of the funeral service.

The family has asked that expressions of sympathy take the form of donations to the Gideon Bible Fund or the American Cancer Society, which can be made at the funeral home.