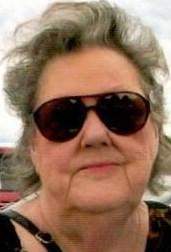 Annette Murrell Scott, of Louisville, KY, a native of Columbia, KY, daughter of James A. Murrell & Cleo P. Stotts Murrell was born September 2nd, 1940 in Adair County, and departed this life on December 6th 2015 at her home. She was 75 years, 3 months, and 4 days of age. She had made a profession of faith in Christ at a young age. She was of the Methodist faith. Annette was retired from Kentuckiana Food Service.

Funeral Services for Annette Murrell Scott will be held Thursday, December 10th 2015 at 12:00noon at O.D. White & Sons Funeral Home, 2727 S. Third St. Louisville, KY 40208. Interment will follow at Green County Memorial Gardens in Summersville, KY. Friends and family will be received for visitation Thursday, December 10th at O.D. White & Sons Funeral Home from 10am until time of the service.